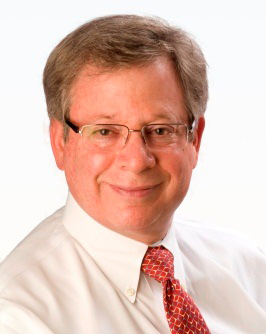 Ed, Managing Partner, a graduate of both Lehigh University and Temple University has over 40 years of experience in management and accounting. His clients gain the unique perspective of dealing with a nationally recognized partner. He is known for his ability to interpret tax laws and accounting issues that impact clients in such a way that makes it easy to understand.

Ed, a member of Beta Alpha Psi (the National Honorary Accounting Fraternity) is listed in Marquis “Who’s Who in America”. Recognized by his peers, he is the National President of NCCPAP (the second largest CPA Organization in the United States) and is listed as one of the 100 most influential CPAs in the country. Ed is also a member of the National Association of Tax Professionals (NATP).

At the request of the IRS, Ed serves on the steering committee for the annual Eastern Pa “Working Together Conference”, the largest conference for CPAs and Tax Attorneys in the Delaware Valley. In addition, he is a member of the Pennsylvania IRS Liaison Committee and is the only CPA in the entire Delaware Valley that serves on the IRS National Public Liaison Committee (NPL) which meets monthly in Washington, DC.

His background includes both public and private practice. He served as the CFO, Director of HR and Director of IT for a major non-profit and was the Chief Administrative Officer for an International non-profit organization. Ed had direct responsibility for the administrative day-to-day operations including 14 offices and 13 other sites throughout North America. Ed was the CFO of both a large accounts receivable management services corporation and a manufacturing firm. In addition, Ed has 8 years of experience in commercial banking in credit, finance and accounting.

He began his public accounting career first at Arthur Andersen & Co and later with Deloitte & Touche.

He serves on numerous other boards including Golden Slipper Club and Charities (as National Vice President). Ed is Vice-Chair of the Citizens Audit Review and Financial Advisory Committee (CARFAC) of Radnor Township (as well as chair of its audit committee). He is a member of both the American Institute and Pennsylvania Institute of CPAs (AICPA and PICPA). Ed is Vice President of the Main Line II chapter of Business Network International (BNI) (the largest chapter in the Delaware Valley and one of the largest in the entire country).

Ed is a Past President of both the Temple University School of Business and Management Alumni Association and Main Line Reform Temple (the largest synagogue in the Delaware Valley). He is a past chair of the PICPA state-wide Business, Government, and Education (BGE) committee.

Finally, in 1997-98, Ed was appointed to and served on President Clinton’s Roundtable on Race Relations.

Top People in Public Accounting in 2013