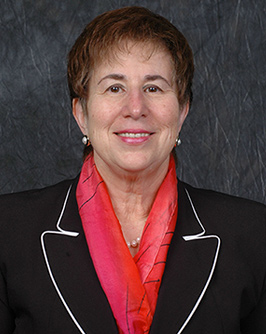 Carol is a director in the firm and head of the New York office. She received her Bachelor of Science in Mathematics from the City College of New York and her Masters of Science in Accounting from LIU Post College of Management.

She began her own CPA practice in 1980 providing general accounting and income tax return preparation and tax planning for individuals, small businesses, professionals, and not for profit organizations. Carol represented clients before federal and state taxing authorities for audits, and provided litigation support services in matrimonial matters including court testimony.

In December 2002 Carol merged her practice with Feldman, Meinberg & Co LLP of Syosset NY and became partner and tax administrator. She oversaw tax-related correspondence and audits, supervising staff and serving individuals, professionals, small businesses, estates and not for profit clients and provided testimony in court as an expert witness.

In January 2011 Feldman, Meinberg merged with Mayer CPA and became MayerMeinberg LLP. She was a tax partner and continued to be responsible for tax-related correspondence and audits, supervising staff and serving individuals, professionals, small businesses, estates and not for profit clients. She continued to provide testimony in court as an expert witness.

The MayerMeinberg partnership ended as of February 1, 2014 and the former Feldman, Meinberg staff became part of the Long Island office of EisnerAmper LLP, where she served as a tax consultant until May 2014.

Carol currently serves as the Treasurer of Planned Parenthood of Nassau County. Her financial acumen, long-term vision and sage advice helped maintain the agency’s financial integrity during the recession, ensuring that PPNC’s doors remained open to anyone in need of affordable preventative reproductive health care and information.

She has served as the President of the National Conference of CPA Practitioners as well as Secretary and Chair of its Tax Policy committee. The U.S. Senate Finance Committee called upon her among other experts to testify at hearings multiple times. She testified for the Economic Growth and Tax Reconciliation Act of 2001 and again in 2010 for “The Future of Individual Tax Rates: Effects on Economic Growth and Distribution”.

The Alumni Association of LIU Post has honored Carol for her Outstanding Service in May 2006 and she received the Margaret Sanger Award from Planned Parenthood of Nassau County in November 2012 in recognition of her dedication and commitment to Planned Parenthood and women’s health and rights, among other awards.

Top People in Public Accounting in 2013